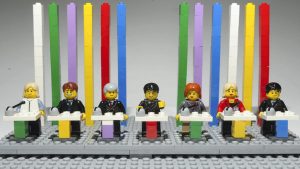 politicians are elected by individuals but are expected to toe their party line on policy? How has devolution changed people’s perceptions of being represented at different levels of government? Did it really matter that three of the seven party leaders debating with each other in the 2015 election debates were women?

Dr Carvalho will examine the myriad ways in which the idea of political representation has been understood in political studies. She will also reflect on what this idea means to ordinary people by evaluating data gathered from talking to people across England, Scotland and Wales during the 2010 and 2015 UK general elections.

The event lasts one hour, and speakers talk passionately about their work for 30 minutes before the floor is opened up to an informal discussion with the audience. All talks take place in The McManus Café, Albert Square, Dundee.